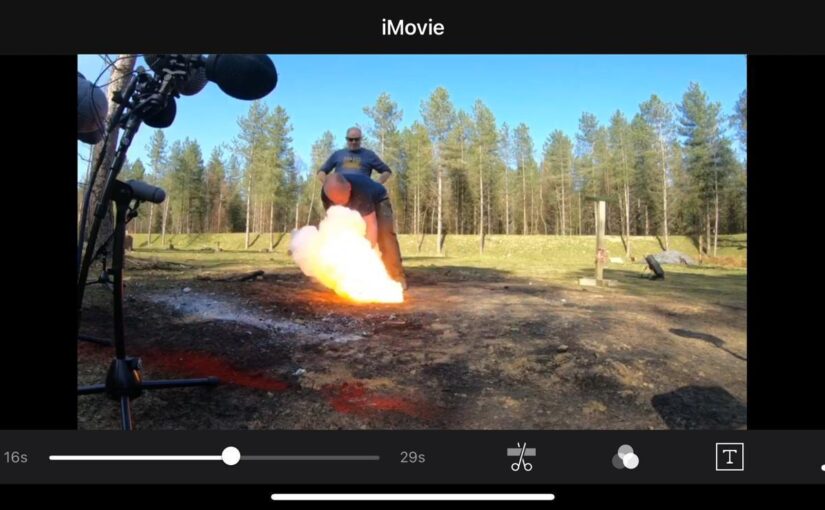 Having just completed an explosive sound recording day for Warner brothers I managed to blow myself ups and end up in hospital for a few days. 3 weeks later I’m good as new and I’m now off to a location up north to blow up and shoot some more fun guns with a well known you tuber!! Life’s never boring here!

A little about the current situation…

As requested by our prime minister we are now closed until the end of May 2020.

You can still buy our gift vouchers online – even though we’re currently closed, our awesome vouchers are still available to buy for your friends and loved ones. Normally the vouchers are valid for 10 months; however anyone buying a voucher from March 2020 until we re-open will have their voucher extended indefinitely until it is safe to come along and enjoy these amazing days.

We will reassess the situation at the end of May and we’ll make a decision based on the government’s advice as to whether we stay closed or re-open. We will honour all bookings that have been made and allow them to be rescheduled indefinitely. Anyone who has purchased vouchers will have them extend until such time as they can be used.

Anyone wanting to book later on this summer, we’ve even got a beautiful new 18 foot yurt with a hot tub tucked away in the forest for that really private and secluded break.

We like to take this opportunity to wish everyone a very Merry Christmas and Happy New Year!

Have a FREE go of our extreme powered air rifles when you book any of the following experiences.

‘Special Weapons’ or ‘Archery’ or a ‘Combined Shooting and Archery’ day

On Friday 4th September 2015, the entire 4MAT team from London went on an action packed away day to Merry Men Archery in East Sussex. Luckily there was not a single grey cloud in sight, as our infamous British Summer drew to a close and welcomed the autumnal notes of September.

This year, 4MAT’s annual summer party saw the team being treated to a day out in the countryside; rustic style!

The day got off to a slightly scatty start, following a small mix up over our meeting point (there were three!). Regardless, the team made it and we began our train journey to what – honestly – felt like the middle of nowhere. All we knew was that we were a long way away from London, and any signs of city life, when most of us had no signal on our phones!

We were booked in for a day of archery and shooting in the middle of a forest nestled between Hundred Acre Wood and the Ashdown forest in the scenic setting of Crowborough. It was a wonderful change from what we’re used to!

We were split into four teams, with two teams each being taken off for a morning of archery or shooting and swapping activities in the afternoon. But this wasn’t your average day-out-in-the-countryside-lark! We sampled some mead, were treated to a BBQ buffet-style lunch, toasted ourselves over an open fire and were lucky enough to have two instructors with seriously impressive backgrounds to school us in the art of archery and shooting.

Our archery instructor for the day was Phillip van Burren; a former archer for Team GB with 44 years’ of experience and the current national squad coach for the archery performance unit for Team GB. The shooting instructor was Garry Janes; a trained sniper and national Small Rifle Association Coach with climbing, mountaineering, survival and remote medical skills. He was basically Bear Grylls but with extensive gun knowledge and training.

Here at 4MAT, we like to kick back and have fun, but we also enjoy a bit of healthy competition! At the end of the day, there were prizes for the overall winning team as well as medals, cups and some champers for individuals with the highest scores per activity. Naturally, it was taken seriously as we lined up to learn how to fire air rifles, pistols and have a go with a sniper, as well as, channelling our inner Robin Hoods at the archery range. Some of our team members had a natural flair for archery and/or shooting – so much so that they were contemplating it as a second career or taking it up both as a hobby!

The winning team was none other than our MD’s, James Saunders, with our Account Manager Tom Ross pocketing a couple of medals and cups for scoring more points than anyone else on the day in both activities.

It was a fun, interactive and memorable day full of laughs and a bit of friendly rivalry! From everyone at 4MAT, we’d like to thank our amazing office manager, Ulla, for organising a fantastic away day and a special thanks to Fay for keeping us all on track during the day!

Watch this awesome video showing the arrows characteristics when shot from a recurve bow.

Having a great weekend with Special weapons shooting, BBQ’s and Archery.
Thank to everyone visiting us for their experiences, you’ve made it a great fun weekend for Jessica and I.
Had a walk around the estate today, Bluebells are out in force, everything’s lovely and green and best of all the sun is shining.

Not content with the new machine gun and sniper tower, I’ve now widened the range to add more targets.

Keep an eye out in the coming weeks for some very exciting news about live fire guns for you to use!!

Had a mad 5 mins and decided to build a machine gun and sniper tower!!! Day 1 and 2 pics…….roof going tomorrow and will then post finished pics

Here’s a few of our latest reviews.

Thank you to everyone who took the time to leave us a review.